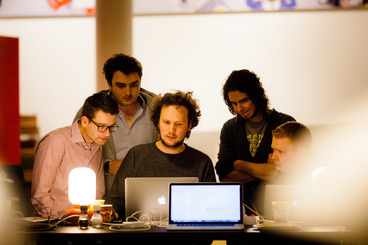 Developers, government officials, journalists and activists from all over Europe will shine their light on EU decision making and open government as TransparencyCamp Europe comes to Amsterdam. Today, Open State Foundation together with the Dutch Presidency of the Council of the European Union launch a series of events: an online European-wide open data app competition, hackathons in a number of European capitals and TransparencyCamp Europe, an unconference for open government in Amsterdam.

TransparencyCamp Europe will take place on 1 June 2016 in Amsterdam near the area where all official EU presidency meetings are held. This unconference on open government brings together programmers, policymakers, journalists and activists from all over Europe to discuss, mingle and talk shop about transparency issues and how to mine European government data in clever ways.

In the run up to TransparencyCamp Europe, an online app competition is being launched today to make EU decision-making more accessible to Europeans. As greater amounts of machine-readable government data becomes available, government information needs to become more usable and understandable.

The coming months, local hackathons will be organised in a number of European capitals such as Berlin, London, Brussels and Vienna. The winners of these hackathons and the five best submissions of the online app competition will be provided with travel to and accommodation in Amsterdam in June, where the overall winner of these competitions will be announced at TransparencyCamp Europe.

‘Governments need to focus on determining what data citizens actually want’, says Arjan El Fassed, director of the Amsterdam-based digital transparency organisation Open State Foundation. ‘These events and the applications they produce can serve as a catalyst for engaging citizens with the EU. Citizens will continue to demand more transparency and the EU will need to respond to that demand’