It’s been more than a week since we all participated in the first European TransparencyCamp and we can proudly look back on this wonderful day! We consider this event to be a milestone in the European transparency movement. For the first time in such numbers, European activists and government officials came together to push for more open data and unlock its social and economic value, advance the open government conversation, learn about the nitty–gritty details of creating civic tech applications and discuss the broader question of how to empower citizens.

We want to thank you for making TCampEU possible because of all the sessions that were created by you, the participants. TCampEU would not have been possible without your contribution. TransparencyCamp Europe energised 400 individuals from civil society, political institutions and governments to learn from and talk to each other in order to create solutions for society’s important challenges.

Check out this video which captured the spirit of the event: 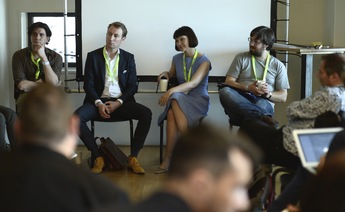 We received a lot of positive feedback about the high quality of the different sessions. We can imagine that you missed one or more sessions due to the full schedule. In that case, you can still read the Etherpads on our website, which contain all notes that were taken by the participants during the sessions. And to all those who attended sessions: you can still add notes and links to them, so please do! For example, see this session that focussed on the question of open data in Europe, and how to optimise its use.

We had some great speakers at the unconference! Did you miss them? No worries! You can watch some of their presentations posted as videos or Periscopes on our TCampEU Twitter feed. Also, Mar Cabra posted the slides of her Panama Papers presentation here. 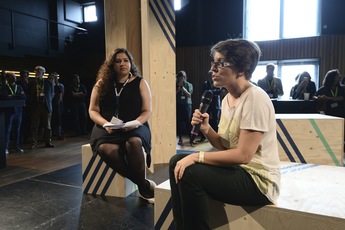 Our photographer took a huge number of pictures during TCampEU, and we’re sure you’re on some of them! By the way, there are a lot of pictures on the twitter feed too.

In the run up to TCampEU, Dutch Embassies organised diplohacks in 8 countries, hosted close to 500 hackers, who formed 40 teams. At the same time, 30 teams submitted apps in the online competition. From these 75, we invited 13 teams to pitch their App Competition submissions at TCampEU, which resulted in one winner: ConsiliumVote. Links to and information about their application and those of all the other contestants can be found in this post.

This first TransparencyCamp Europe was hosted by Open State Foundation and the Dutch Presidency of the Council of the European Union. If you want to stay informed about Open State Foundation’s work and events then visit our website, follow us on Twitter and Facebook, subscribe to our newsletter (in Dutch) and join our two-monthly Hack de Overheid meetups! 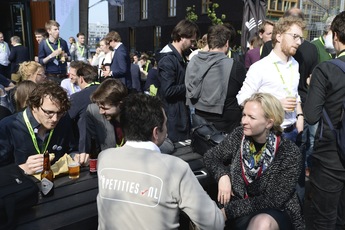 You may have been to the session hosted by the Ministry of Foreign Affairs, where they asked you for your suggestions for more transparency in Brussels. Didn’t make it, but have a good idea you want them to use? You can still post them on the etherpad! On 24 june, Dutch Foreign Minister Koenders will take your suggestions to the European Council meeting on transparency for consideration.

Open State Foundation’s next hackathon, Accountability Hack, will be on September 9 in The Hague! This will be a hackathon to map governmental finances and performances. Build an application that innovates and revolutionizes the way we hold governments accountable and win one of the prizes. Pre-register now!

We hope you will look back on a great event and that you are just as inspired as we are to take our transparency ambitions to new heights this year!

on behalf of the TCampEU team,

P.S.: We will soon post a video of TCampEU in this blogpost so check it back later!