A blog by Nori Spauwen, intern at the embassy of the Kingdom of the Netherlands in Albania. 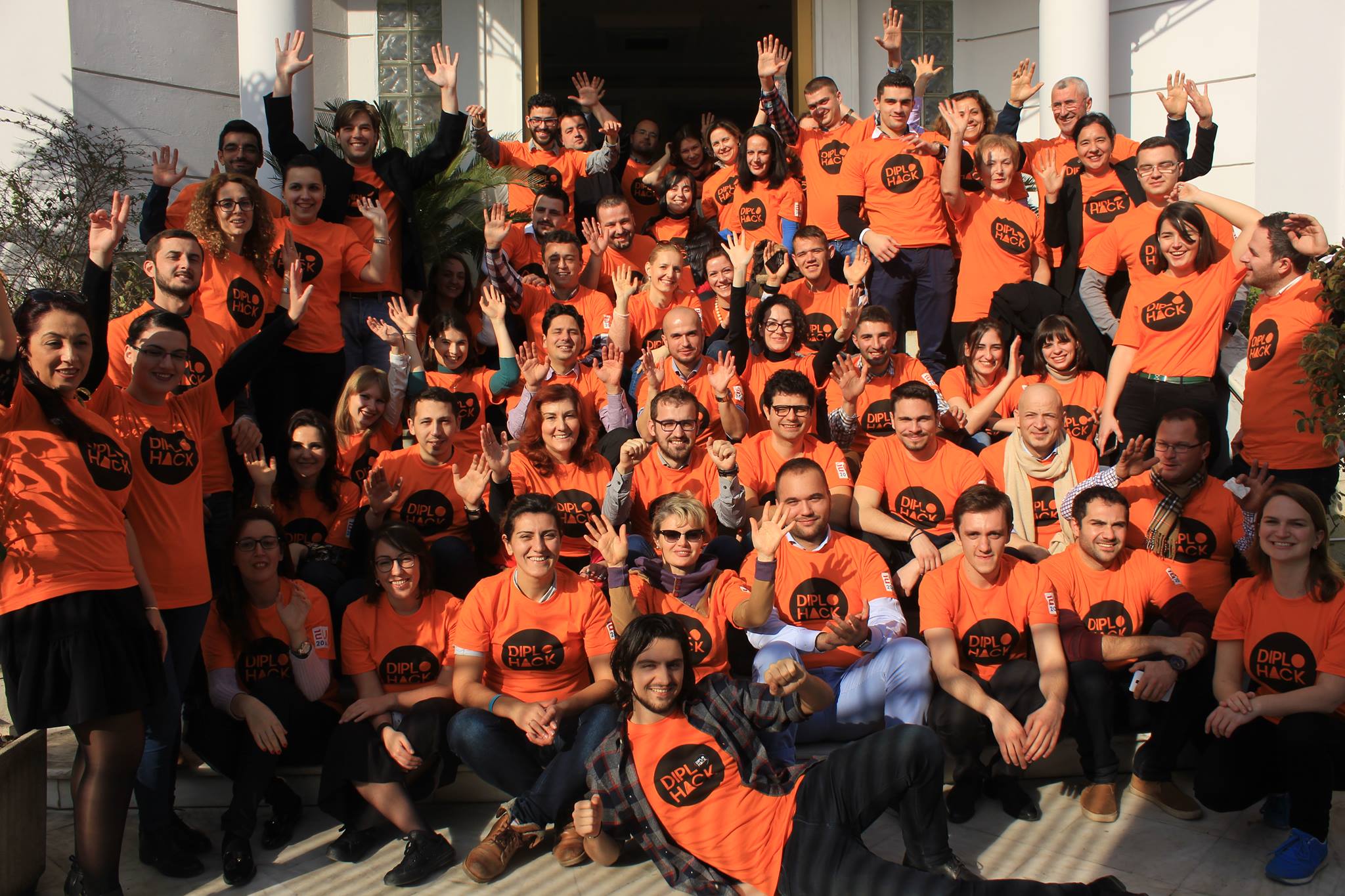 The embassy of the Kingdom of the Netherlands in Albania organized a DiploHack in the light of our Dutch EU presidency. The theme of the hackathon, that was the first of a series organised by Dutch embassies in the run-up to the TransparencyCamp Europe Unconference in June in Amsterdam, was “Giving Civil Society a Voice: Using Open Data to strengthen civil society advocacy”. 55 participants from diverse backgrounds, all of them civil society members, diplomats, or programmers came together for a weekend to develop concrete solutions for pressing problems for Albanian citizens.

An energetic group of diplomats, programmers and civil society came up with many ideas for innovative ways government and civil society can better communicate with each other in Albania, making use of open data. Strengthening civil society, and asking government institutions to work in a more transparent manner is important in this EU candidate member state. The Netherlands, currently holding the EU presidency, is focussing on innovation, civil society and transparency during its presidency term.

DiploHack Tirana was organised together with the experienced NGO Albanian Institute for Science (AIS). The event took place in the offices of the Dutch embassy. For many of the participants it was their first time in an embassy building. The team that used the ambassador’s office enjoyed posting selfies sitting in the ambassador’s chair on Facebook and Twitter.

At the end of the day, each of the 13 teams presented an original and feasible plan to the jury (check out the ideas here). They used prototype-apps and well-designed websites to support their pitch. Ideas varied from creating and sharing info on bike lanes in Tirana, a thematic overview of NGOs in the country, an app showing you which job will pay you best and a website providing tools to ask questions to your parliamentarian. AIS has already started with one of the ideas, making information on new procurements easily accessible online.

The winner of DiploHack Tirana was team ‎LoveInAction with their app AccessHack. AccessHack is an app that maps public buildings in Albania according to how accessible they are for people who have disabilities. The jury said: “AccessHack is an original idea which will make a big difference for the citizens of Tirana and it’s an example of using and creating data, so a two-way street.”

The winning team was taken by surprise: “I am really shocked that we won, there were so many good ideas. We are certainly going to implement AccessHack now that we won the DiploHack Tirana Award,” said Suela Lala who is an activist working to improve the rights of people with disabilities. The team is also looking forward to participate in the TransparencyCamp Europe Unconference in Amsterdam later this year, which is part of their prize.

The team was made up of civil society representatives, diplomats and a programmer. Programmer Ergest Nako: For me it was the first time working with civil society and diplomats and it was an amazing experience. Civil society members and diplomats enjoyed the cooperation, too. “It’s a real privilege that as a diplomat, I can actually contribute to the improved quality of life of Albanian citizens,” Masa Siftar of the Slovenian embassy said. Even for the embassy the DiploHack was extremely inspiring. It proved to be a good format to connect the Dutch priorities for the EU presidency (innovation, connections with citizens and more transparency) and bring them into practice.